You are in: Home > History of the Focolare > The Origins

The Focolare is an international movement that seeks to bring about a united world through putting the words of the Gospel into practice in daily life. The movement is officially called ‘The Work of Mary’ but commonly known as ‘The Focolare’, a nick-name which means ‘fireplace’ in Italian, because it is a source of warmth and light. 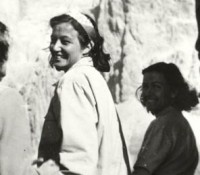 The movement started in Trent, Italy with a small group of catholic women during the second world war. Their love for their neighbours inspired others and the movement spread to local communities, to other countries, people of other denominations and faiths, and people of conviction. 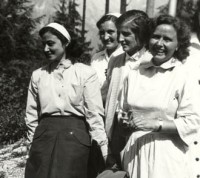 The Focolare attracts people from all backgrounds and they are involved in many different ways. Some people, called ‘Focolarini’ dedicate their lives to the spirituality of unity and they live in a community called a ‘Focolare House’. Others focus on bringing unity to their places of work, parishes or communities. Whilst many are involved in inter-religious dialogue or charitable work. There are many children and young people involved, inspired to live the words of the gospel.

The first Focolare House was opened in the UK in Liverpool in 1963. The Movement developed steadily, and there are now Focolare houses in London, Liverpool, Leeds and Glasgow. As well as local meetings and activities, the annual ‘Mariapolis’ gatherings help people of all ages and backgrounds to keep in contact. A magazine and publishing house, New City, was also established.

The Movement works for the various Ecumenical initiatives of the Churches, and bodies like CTS in England, CYTUN in Wales, and ACTS in Scotland.

A remarkable year for the movement was 1977, when the Founder Chiara Lubich came to London to receive the Templeton Prize for Progress in Religion. There were 700 people in the Guildhall, and the vision of so many people united inspired Chiara to say of London, “They say that this is the most cynical city in the world, yet it could become its most spiritual.” Since then, Chiara launched ‘Bridging London’ a project to actively pursue dialogue and unity between the diverse people of London.

In 1986 many Christian leaders, leaders of other faith communities, and civic dignitaries were present at the opening of the ‘Centre for Unity’ at Welwyn Garden City. The Centre is a focus for the movement’s activities in Britain. Just like the ‘little towns’ in Loppiano, Switzerland, and Rome, the Centre is integrated within the local community. It hosts events and has a particular vocation to foster ecumenical and interfaith dialogue.