You are in: Home > A small act of love becomes bigger 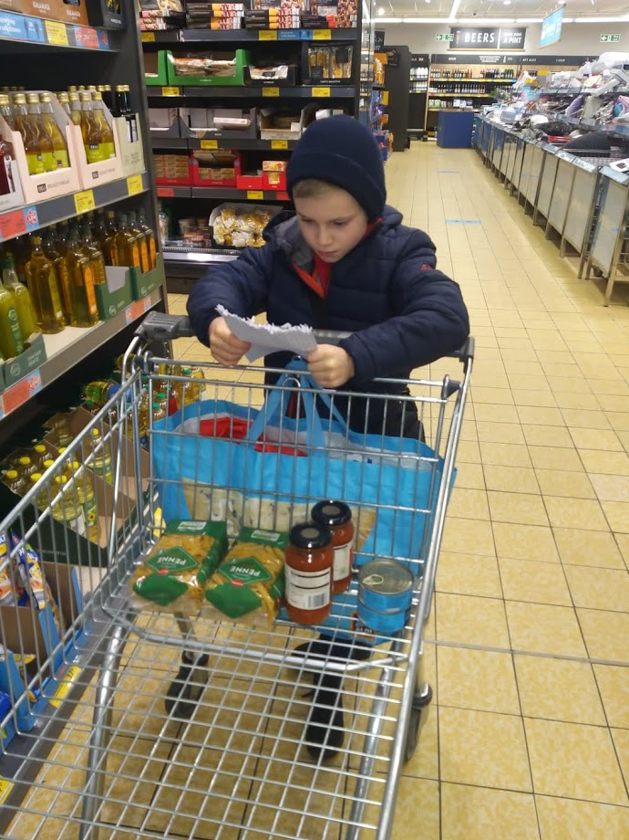 Her son also joined in the conversation and expressed a wish to help too so together they decided to go to the shops and buy some bits. Stacie asked around to see who would benefit from these and someone put her in touch with an organisation called the NEO Community, that helps support families on low incomes and helps to support and build the local community. Off they went to deliver what they had bought to this centre. The people there were delighted with what Stacie and Max had done.

When they got home after delivering this first batch of food, Max said to his mum that he would like to help more by using his own Christmas money he had received which he had saved in his money box. Word got around with friends of Stacie’s what her and Max had done and they too wanted to help and they did this by donating money to Stacie so that she could buy more items that were needed. With these generous donations of others, Stacie asked the people at the centre if there was anything in particular, they could bring next time because of the generosity of others. They were delighted and asked for nappies because these were always needed and also gave her and Max a check list of other items that were always needed.

She was also given a letter head which they could take to a supermarket explaining their cause. Off they went again with this, they got a response from two large supermarkets close by who also both donated A LOT of nappies.  One small act of love always spreads to many acts of love…

More information on the NEO community can be found here: https://www.neocommunity.org.uk/