You are in: Home > An ecumenical spirituality 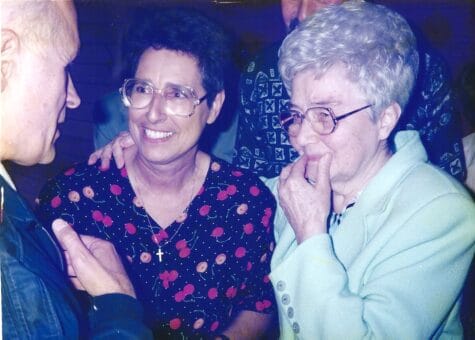 Living the Gospel, Word of God together; loving one’s neighbour as Jesus did, to the point of dying for the other; living for unity among believers in Christ, beyond every affiliation and beyond all divisions. It is with these dimensions that the ecumenical potential of Chiara Lubich’s charism of unity is unfolding. “A completely ecumenical spirituality” is how Card. Kurt Koch, President of the Pontifical Council for the Promotion of Christian Unity described the charism in the preface to the book entitled “My ecumenical journey.”, published by New City, which is a collection of speeches and answers to ecumenical questions given by the founder of the Focolare Movement, one hundred years after her birth. The introduction to the book is given by Maria Voce, President of the Focolare with a foreword offered by Rev. Olav F. Tveit, former Secretary General of the Ecumenical Council of Churches, now President of the Conference of Lutheran Bishops in Norway.

Lesley Ellison, an Anglican focolarina, is the first non-Catholic focolarina to follow Chiara:

Your experience has paved the way for many. Did you ever have hesitations?
“I grew up in a Protestant family with prejudices against Catholics, and at that time in Liverpool the two communities were separated. Like Chiara, I also wanted to give my life to God. When I first heard her speak, in Canterbury in 1967, I had been visiting the focolarine in Liverpool for a year.  We tried to live the Gospel but I didn’t know they were Catholic. Just as I did not know the community of people around the focolare. It was a shock to realize they were all Catholic but in Canterbury, listening to Chiara, I understood that God loves everyone, and that “everyone” also includes Catholics! I felt I had to take a step and put aside my prejudices. When I got to Liverpool a Catholic couple offered me a lift home. This was unheard of. “But I’m Protestant,” I said. “That’s all right! We love each other!” they said. This was my first ecumenical experience.”

When did you feel that the Spirituality of unity could be yours?
“In 1967 I went to visit the little town of Loppiano. During the visit there was a Catholic Mass but being an Anglican I could not receive the Eucharist. This rift between our Churches seemed absurd to me, so painful that inside I cried out to Jesus: “What can I do?” And I seemed to hear Him respond, “Give me your life for unity.””

Living the Gospel is the way that Chiara indicated for unity. Why, as an Anglican, did this proposal have an impact on you?
“My formation as a young Anglican asked me to “listen to, read, take note of, learn and digest inwardly” the word of God. So the idea of “living the Gospel” which I heard for the first time in the focolare, was a complete novelty and gave my Christian life a new communitarian dimension”.

Jesus asks us to love one another as He did, to the point of giving our lives for one another. What does this mean for you in your relationships with people of other Churches?
“It’s in the word ‘as’ that I find the whole of Chiara’s charism, Jesus crucified and forsaken who is Life. This is the way God Himself wanted to dialogue with humanity, and it is the model He offers us for any dialogue with one another and with Him. For me, giving my life means welcoming the other, listening, putting aside my thoughts and judgments. But it also means offering my thoughts whilst being completely detached from them. This is what Chiara did with me and with every person she met. And this is how we try to live the relationships with one another in the Movement. 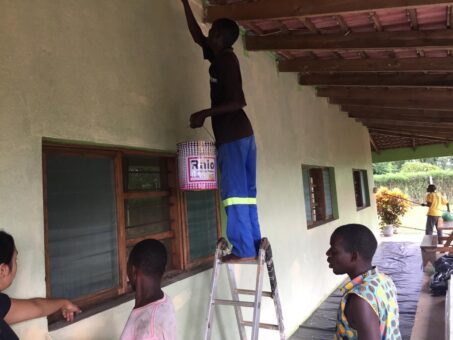 Mozambique: rebuilding the Fazenda da Esperança now complete
Destroyed by the flood of 2019, the Fazenda has been rebuilt through the contrib... 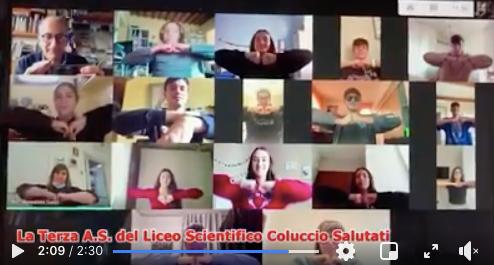 Harmony for Peace: the unstoppable (virtual) march
Now in its eighth edition, even Covid could not stop the march that is part of t...
Homily of Ecumenical Patriarch Bartholomew I of Constantinople
His Holiness Bartholomew I, Ecumenical Patriarch of Constantinople came to the F...
So that we might have Light
When Chiara Lubich spoke of suffering and pain, she did not limit herself to a p...
[more]