You are in: Home > June Word of Life

This chapter of Matthew’s Gospel contains the accounts of Jesus’ choice of the twelve apostles and of his sending them out to preach the Good News. They were appointed one by one which was a sign of the personal relationship they had built with the Master, having followed him from the beginning of his mission. They had learnt his style – he was close to the sick, to sinners, to those considered to be possessed by evil spirits and to people on the margins of society who everyone else avoided and condemned. Only after these concrete signs of love for his people did Jesus himself prepare to announce that the Kingdom of God was near. The apostles were, therefore, sent in the name of Jesus, as his “ambassadors”. It is Jesus who must be welcomed through them. Often the great characters of the Bible receive a visit from God himself because they have opened their hearts to an unexpected guest. Even today, especially in cultures that maintain a strong sense of community, the guest is considered to be a sacred visitor and given the best place, even if he or she is unknown to the host.

Jesus instructed the twelve: they had to set out barefoot and with little baggage: a light bag, a single tunic… They had to regard themselves as guests, willing to humbly accept the hospitality of others. They needed to freely offer care and support to the poor and leave the gift of peace with everyone they met. Like Jesus, they would be patient when faced with misunderstanding and persecution and sure the Father’s love would help them. In this way, those who were fortunate enough to meet them would truly experience God’s tenderness.

Like the disciples, all Christians have a mission; they should bear witness to the love of God that they have encountered. They should do this firstly through their actions and then through their words whilst maintaining an attitude of meekness so that God’s love becomes a joyful reality for many, indeed for all. And because they have found acceptance with God, in spite of their human frailty, the first witness they can give is to warmly welcome their neighbour. In a society often marked by the search for success and selfish autonomy, Christians are called to show the beauty of fraternity which recognizes the needs of all and sets mutual love in motion.

This is what Chiara Lubich wrote about welcome as understood in the evangelical sense, “Jesus was the manifestation of the Heavenly Father’s totally welcoming love for each one of us and of the love which, consequently, we should have for one another…We can begin to live this Word of life within our families, associations, communities and places of work. We can eliminate any sense of judgment, discrimination, prejudice, resentment or intolerance towards our neighbours that we may harbour within. We often and easily acquire such attitudes which can undermine relationships; they are like a layer of rust that blocks mutual love…The acceptance of the other person who may be very different from us lies at the basis of Christian love. It is the starting point, the first step in the construction of that civilization of love, of that culture of communion, to which Jesus calls us today.” [i]

Margaret Karram: let’s put reconciliation and prayer back at the centre
Faced with the escalation of violence in the Holy Land, in Colombia, in Myanmar ... 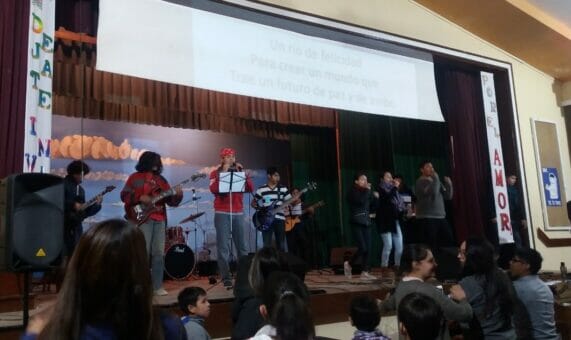 Despite hearing loss, a new musical adventure
For Oscar, whose passion is singing and music, it was hard to accept the news th... 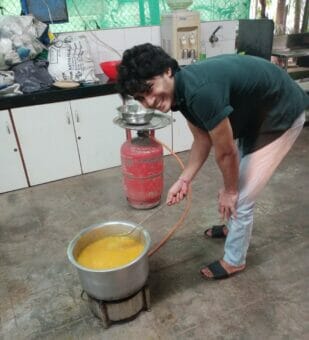 India, solidarity in times of trial
From the sharing of material goods to offering spiritual and emotional support, ...
#daretocare 2021-2022, dare to care for people and the Planet
If the United World Week 2021 has closed its doors, however, the commitment does...
[more]