You are in: Home > Spirituality > April 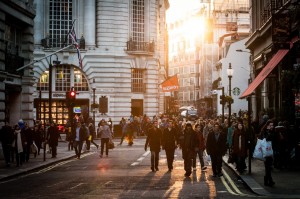 Paul offers us a superb way of being truly love for one another, by ‘making ourselves one’ with them.

In his first letter to the community in Corinth, from which the Word of Life for this month comes, Paul has to defend himself against the scant regard some Christians show for him. They called into question or denied that he was an apostle. After demonstrating fully his qualifications as an apostle because he had ‘seen Jesus Christ’ (see 9:1), Paul explained why he acted with humility and deference to the point of even giving up any payment for his work. While he could have asserted his authority and his rights as an apostle, he preferred to make himself ‘the servant of all’. This is his evangelical strategy.


He enters into solidarity with every kind of person, to the point of becoming one of them, with the aim of bringing the freshness of the Gospel. Five times he repeats ‘I made myself’ one with the other: with Jews, out of love for them, he puts himself under the Mosaic Law even though he said he was not bound by it; with non-Jews, who did not follow the Law of Moses, he lived as someone not under the Mosaic Law, because he had instead a more demanding law, Jesus himself; with those who came to be called the ‘weak’ (probably scrupulous Christians), who worried about whether they should eat the flesh of animals sacrificed to idols, he too became weak even though he was ‘strong’ and experienced a tremendous liberty. In a word, he made himself ‘all things to all people.’

Every time he repeats that he acts like this to ‘win’ each for Christ, to ‘save’ by any means at least someone. He has no illusions, is without triumphalist expectations, knows well that only a number will respond to his love. All the same he loves everyone and puts himself at the service of all according to the example of the Lord, who ‘came not to be served but to serve, and to give his life as a ransom for many’ (Mt 20:28). Who has made himself one with us more than Jesus? He who was God ‘emptied himself, taking the form of a slave, being born in human likeness’ (Ph 2:7). 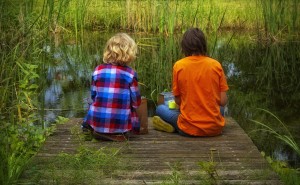 Chiara Lubich made this word one of the key points of her ‘art of loving’, summed up in the expression ‘to make yourself one.’ She saw in it an expression of the ‘diplomacy’ of charity. She wrote, ‘When someone weeps, we must weep too. And if someone laughs, we too rejoice . Thus the cross is divided and borne by many shoulders, and joy is multiplied and shared by many hearts…. Making ourselves one with our neighbour for love of Jesus, with the love of Jesus, so that our neighbour, sweetly wounded by the love of God in us, will want to make himself or herself one with us, in a mutual exchange of help, of ideals, of projects, of affections…. This is the diplomacy of charity, which has many of the expressions and features of ordinary diplomacy; hence it does not say all that it could say, for this would displease others and would be disagreeable to God. It knows how to wait, how to speak, how to reach its goal. It is the divine diplomacy of the Word who becomes flesh to make us divine.’

With the skill of a teacher, Chiara also discerns the daily difficulties we have in ‘making ourselves one’: ‘At times we are distracted, at times we have the unfortunate desire to be hasty in saying what we think, in giving our advice at the wrong moment. On other occasions, we are not really open to making ourselves one with our neighbour because we reckon that they do not understand our love, or we are held back by other kinds of judgements. In some cases we are hampered by a hidden wish to conquer the other person to our cause.’ For this reason ‘it is really necessary to cut with or set aside all that fills our minds and our hearts so that we can make ourselves one with others.’ It is thus a love that is constant and tireless, which carries on through thick and thin and is not on the look-out for anything for itself, and that in turn entrusts itself to the greater and stronger love of God.

These are useful ideas that can help us to live the Word of Life this month, by listening sincerely to the other person, understanding the other from within, identifying with what he or she is living and feeling, sharing his or her worries and joys:

We cannot interpret this invitation of the Gospel as a request to renounce our convictions, as if we approved uncritically of any kind of behaviour in other people and did not have our own life-choices and our own way of thinking. If we have loved to the point of becoming the other, and if what we have shared has been a gift of love and has created a sincere relationship, we can and we must express our own ideas, even though perhaps they may cause pain, all the while remaining in an attitude of profound love. Making ourselves one is not a sign of weakness, nor of looking for a calm and easy way of living together. Instead, it is the expression of a person who is free who chooses to be at the service of others; it demands courage and determination.

It is important to bear in mind the purpose of making ourselves one.

Paul’s words that we are living this month, as we have already hinted, go on to say ‘by any means save some.’ Paul justifies his making himself one with the desire to bring people salvation. It is a way of entering into the other, to draw out the good and the truth within them, to put an end to any errors there may be and set down a seed of the Gospel. It is a task that for the apostle admits of no limits or excuses, that cannot be ducked because it has been entrusted to him by God himself, and he must do it ‘by all means’, with that creativity which only love can bring.

This is the intention that, in the end, motivates our ‘making ourselves one’. Politics and commerce also wish to come close to people, to enter into their way of thinking, to understand their longings and needs, but they always want some kind of return. Instead, Chiara would say, ‘Divine diplomacy has this greatness and this property, perhaps a property of it alone: it is moved by the good of the other and is therefore devoid of any shadow of selfishness.’

‘Making ourselves one’ therefore, to help everyone grow in love and so contribute to making people universally brothers and sisters, God’s dream for humanity, the reason that Jesus gave his life.