You are in: Home > Society Arts Entertainment > Genfest 2018: We must be women & men of unity to give hope to the world 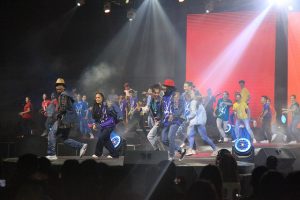 Maria Voce, president of the Focolare Movement said: “At a time when migration increases and nationalisms gain ground, as a reaction to an exclusively economic globalization that ignores the diversities of individual cultures and religions,the Genfest has proposed to youth a change of attitude: do not stop at personal, social and political barriers but be ready to accept without fear or prejudice anysort of diversity”.

In the coming years, therefore, the Focolare Youth for a United World will seek to generate a web of activities targeted at instilling a mentality and a practice of peace and solidarity in their own surroundings and in their countries. Marco Provenzale said: “On July 6, we visited the FAO and UNESCO headquarters here in Manila to present our projects and to offer these international organizations the commitment of so many young people, who will be ambassadors of fraternity in their own countries, and whose precise mission is to promote actions that go beyond cultural, social and political boundaries,that go “beyond all borders” as the Genfest title states”. 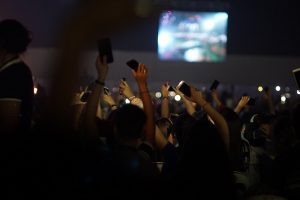 The Genfest has been a feast and a commitment at the same time.The message to overcome borders has been passed on even through the artistic performances, as revealed by the two evening concerts that brought Asia to the rest of the world and vice versa. Many visited Explo, a multimedia andinteractive exhibition that offered a different version of the world’s history based on humanity’s stepstowards peace and the centrality of personal commitment to build it. The young participants were evenoffered the opportunity to “dirty their hands” by choosing to take part in “Hands for Humanity”: twelveactivities of solidarity, encounter and urban redevelopment organized in different parts of Manila. 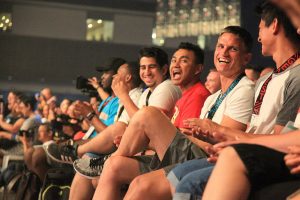 Stories related by young people, who live the drama of migration and segregation, were the highlights of this eleventh edition of Genfest.“Today, little is said about those restricted by limits in their ever day life, about those limited by walls, with a sense of powerlessness and a longing to be saved” – the organizers explained.

The stories related are of current significance, such as the one of Noé Herrera (Mexico) and Josef Capacio (USA). Both live very near to the border that separates their two countries. Noé has to cross the border everyday to go to school and this means he has to queue for long hours to be able to cross to the other side. From where does he manage to get hope? From his friendship with Josef and other North American young men with whom he works to promote a mentality of mutual respect and concern. 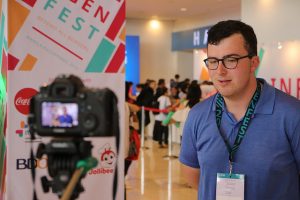 Aziz is from Iraq, but presently lives in France. “Have you ever stopped to think what it would mean ifone day, all of a sudden, you are deprived of everything: family, home, dreams…. What would you do?”he asked the other youth at the Genfest.

Egide and Jean Paul, one from Rwanda and the other from Burundi met during a very dramatic incident. Jean Paul was at a bus stop when he was attacked and almost killed. Egide saved him and supported him for many months: an extraordinary gesture when one thinks of the wound that never healed because of the recent conflict between their two countries.

Is there any recipe one can use to overcome walls and barriers when things seem to push in the opposite direction? – the Genfest people asked. 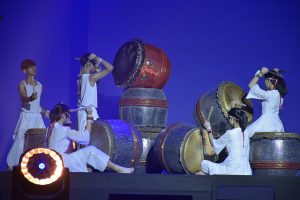 Maria Voce proposed three words, that are also a life programme for all the youth who now return to their countries: love, start again and share. Love the peoples of other countries as you love your own people; start again without ever losing hope that another world is possible and share personal and collective wealth, resourses and burdens. She concluded by challenging the young people to be men and women of unity, people who cherish the treasures of every culture, but who even know how to give them to others, and ultimately be global men and women.

The event was covered by live streaming which is available to watch here. 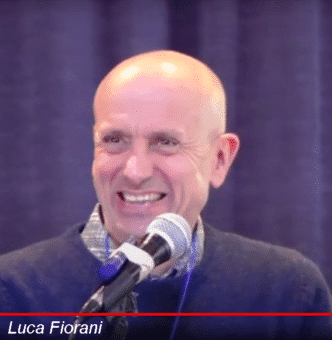 Five years of Laudato Si’
Five years have passed since the publication of Laudato Si’, Pope Francis’ encyc...
The essence of love
Being in lockdown has often tested our love of neighbour. In fact, it is not eas...
In dialogue with Maria Voce (Emmaus) and Jesús Morán
Maria Voce, President of the Focolare Movement, says Chiara Lubich's interreligi... 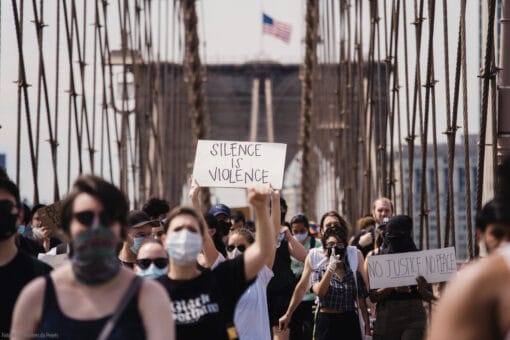 USA – facing up to the “original sin of racism”
Can the two major crises currently rocking the United States – the pandemic and ...
[more]