You are in: Home > Spirituality > Life Directions 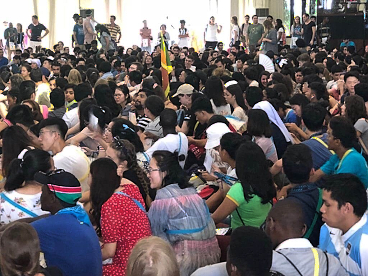 “What shall I do in life?” one of the seven workshops held following the Genfest, focused on the theme of the choices in life, that is, one’s own “Life direction.” As the organizers recounted, “the construction of this workshop by adults and a group of young people from various parts of the world began last February, with meetings via Skype: a really edifying experience assumed by all with commitment, responsibility and creativity.”

“Upon arriving in Tagaytay and getting to know each other personally, we realised the great expectations of everyone. Also the numbers expected at the workshop were high: out of the 1,000 enrollees in the seven workshops, 250 had chosen Life Direction, and came from various countries, speaking 16 languages.”

The program, guided in a light and gradual manner towards ever deeper issues in which concrete experiences were the main factor, was prepared by the young people of the Asian town themselves, and the thread focused on a “daily motto:  a thought to put into practice during the day. 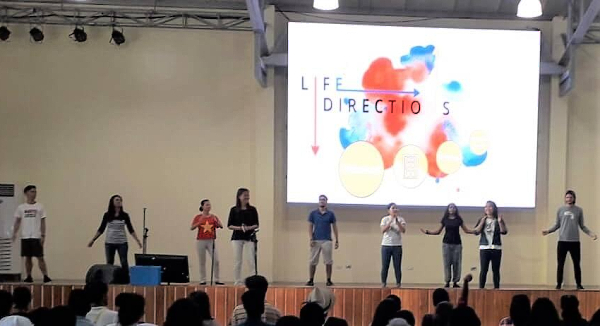 “The first day opened with “Open your heart”: an invitation to open one’s heart to true happiness, trying to remove what could be an impediment in living the present moment intensely. Four experiences were presented in various situations and methods on the theme of happiness discovered thanks to concrete love, or discovered after starting again after a fall, or in painful and difficult situations. The exchange sessions in small groups verified what lay in the depths and how many questions and expectations each one had inside.”

“On the second day – they continued – the motto was ’What is the call’ which required our most active participation in presenting the sense of the ’calling’ with a comprehensible language to be able to be accepted, and associated to three key words: understand, listen, choose.” Then followed the story with God in five biblical personages: Samuel, the rich young man, the prodigal son, Mary, and Peter. A married couple, a religious, a woman committed in the professional world, and a focolarina were interviewed on the three key words. “In smaller groups we managed to deepen the sense of each of these callings, interacting with questions and answers.” 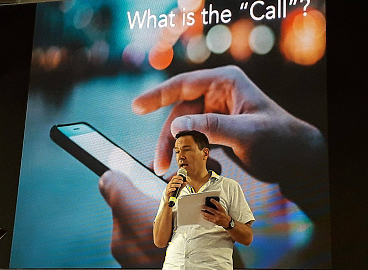 “The third day’s motto was: ’Aim high.’ We left the word of Chiara Lubich who in 2002 recounted her calling to the young people in Barcelona. The questions, which were written, slowly filled the question box, and were the afternoon’s programme, with other interviews of our guests: each underlined the beauty of their own vocation in the perspective of the sole calling to love. The hour and a half passed swiftly!”

“In these four days – the adults wrote – we saw young people who were thirsting for a relationship with God, in a profound quest, simplicity and serenity. We felt that something new had come about: an experience of light that had opened a new path of dialogue with the young people on the calling to a radical vocation.”

Some of those present said: “It was exactly what I needed at this point of my life. Living the present moment, opening my doors, and taking radical steps beyond ourselves, are what I am bringing home with me.” “The young people who spoke about their choice to follow God in a total way gave me courage to make choices only out of love.” “For me it was important to understand how to answer the call: understand (that God loves me), listen (to the voice within) and decide (to follow Jesus). I am so happy about this experience. Thanks!”